The Winners of the SSBU Tournament 2021

Hey everyone.  Its been a month, and we hope everyone has enjoyed the last few weeks of summer and the long weekend!

We at Fragapalooza are working on planning our next event and realized we forgot to share this tidbit from our 2021 event for the world to see!  So without any further delay, here is the winners of the Super Smash Brothers Unlimited tournament for Fragapalooza 2021 The Digital Experience: 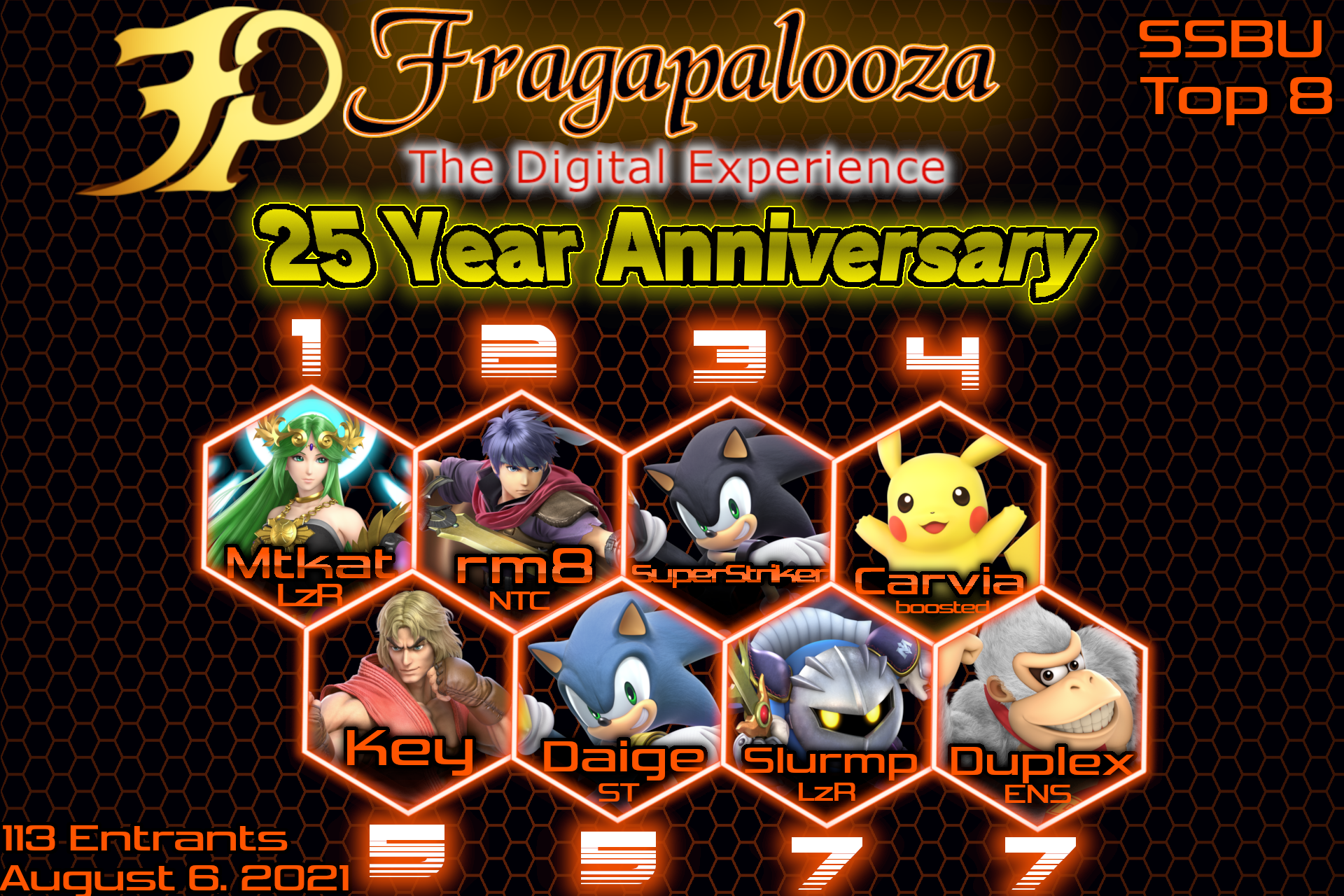 Congrats everyone on your cash prizes!

A week later, the Fragapalooza hangover is done!

Thank-you everyone for joining us at our Fragapalooza 2021 Digital Event, celebrating 25 Years of Fragapalooza!  With our community, partners and sponsors we were able to make this online event our best online one yet!

Statistics from our Event! 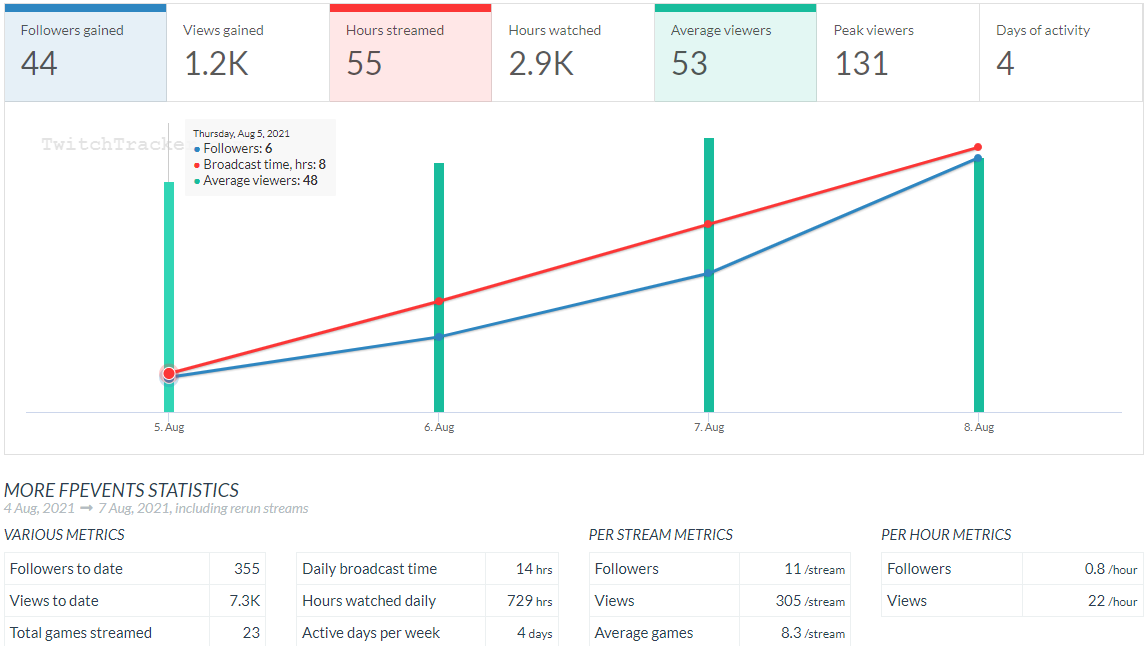 See You Next Year!

We appreciate everyone who could join us, and we definitely look forward to joining you all in person (we hope) next year for:

Back for a second year, Wolfpaw Professional Internet Solutions Provider, Flexible & Experienced Internet Services Since 1998 joins our growing list of sponsors for our 25 Years of Fragapalooza event, Fragaplooza 2021. 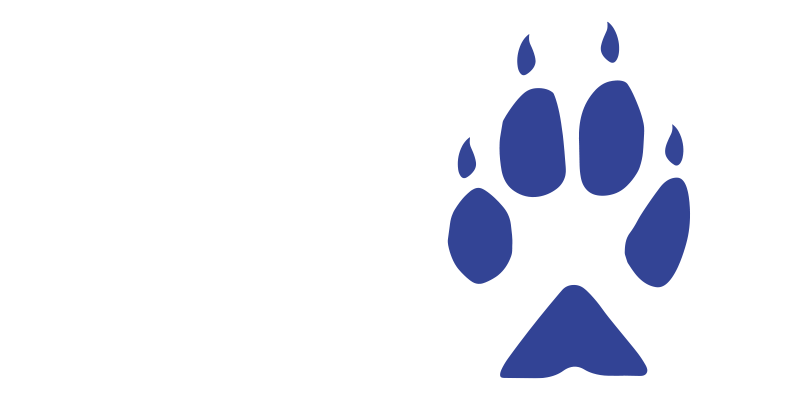 Don't forget to register, and purchase your FREE "Virtual Gamer Throne" to be eligible for thousands in prizing at our 25 years of Fragapalooza digital event: https://www.fragapalooza.ca/index.php/storefront.

Want to know if you are already registered and have your "Virtual Gamer Throne"? Check out the Who's Coming Page: https://www.fragapalooza.ca/index.php/whos-coming

New to Fragaplooza as a Sponsor, Pepper Esports joins us for our 25 Years of Fragapalooza event, with donations to help make our digital event all that much greater.

They also have their own event coming up and wished us to share a bit about it.

Still time to register, and purchase your FREE "Virtual Gamer Throne" to be eligible for thousands in prizing at our 25 years of Fragapalooza digital event: https://www.fragapalooza.ca/index.php/storefront.

Want to know if you are already registered and have your "Virtual Gamer Throne"? Check out the Who's Coming Page: https://www.fragapalooza.ca/index.php/whos-coming

IMPORTANT - Players MUST be registered as a Fragapalooza attendee as well to be eligible for prizing https://www.fragapalooza.com/index.php, and on https://smash.gg/tournament/fragapalooza-s-25th-anniversary-1/event/ultimate-singles/overview for brackets

For additional information or questions contact the Smash Ultimate organizer @Harmonia in the Frag Discord (Or on Twitter at @AcoustcHarmonia) - https://discord.com/invite/Fragapalooza

The tournament will be streamed at https://www.twitch.tv/acousticharmonia

Format - This tournament will be a Double Elimination Best of 3 event. Semifinal matches and up will play Best of 5 with the possibility of a Bracket Reset in Grand Finals.

Not every game can be streamed, but if you and your opponent would like to be on stream please let Harmonia know and we’ll see if there’s time to slot you in! We can’t guarantee everyone who wants to be on stream will be able to, but we’ll see what we can do!

All games in the Winners Quarter-Finals and up as well as Losers Semi-Finals and up will be streamed on Twitch (preferably Losers Quarterfinals as well but we can miss some if we need to have the bracket move faster). So for these rounds please wait for your turn on stream. Any games started off-stream for these rounds will be considered practice.

If that doesn’t make sense, here’s a tutorial on Stage Selection/Banning https://www.youtube.com/watch?v=uQ_DOodWI90

NOTE: Rules subject to change, and will be communicated through Smash.gg and/or Discord channel.